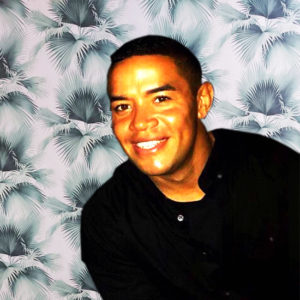 Leslie Ojugbana is a Nigerian born, UK based serial entrepreneur and investor of Anglo-Nigerian descent. Due to his passion for innovative agricultural business and a quest to revolutionize agriculture in Africa, he joined the team at Farmafrik as a Co-Founder. Over the course of 20 years, he has acquired and established a wide range of successful businesses in the leisure, entertainment, agriculture, construction and security industries, He is also invested in the full service automotive detailing industry, as well as a vast commercial and residential property portfolio spanning the globe.

Ojugbana has a track record of taking on failing businesses and turning them into profitable enterprises. He has a Bachelor of Arts in Film and Media studies from The University of Sunderland, UK. As a European trained authentic leader, he provides dynamic leadership, from the Farmafrik European Office in the United Kingdom.Farmafrik has a combination of technical, strategic employees, farmers and farmer cooperatives, which numbers over 2,000 across Africa with robust diversity.

Farmafrik is renowned to have the best tomato in the world and recognized as a global leader in tomato production. The company operates an eco-friendly business policy and is well recognized in its agricultural reform processes and unique corporate strategy which it displays across Africa. The multinational has won several awards of excellence at several platforms in recognition of its non-relenting effort in developing the agricultural industry in Nigeria and Africa. In 2021, Farmafrik was shortlisted in the UK Food Planet Prize. A prize that annually rewards innovators in the food chain business.

Ojugbana has a good history as a former professional athlete, he was highly ranked in the Sport of MMA where he became a British and European Champion.

One of Ojugbana’s historical successes was his role as an Ambassador and steering committee member at the Business Improvement District (BID) of Sunderland,Uk, in 2012. His role was to convince city center business owners to vote YES to the BID, as a successful Business Improvement District (BID) for Sunderland would raise funds to be injected directly into the city center, It was a remarkable project as the city got more than £3.4 million invested in the city center and other multi million pound grants were issued to the city Via the Sunderland BID and today the BID is still going strong.

Ojugbana has a passion for safety, security and lifestyle. In 2010, he became the Founder of Gbana Group, United Kingdom, a group whose subsidiaries includes Gbana Sports Management, Gbana Fitness, Gbana Property Investments and Gbana Security. He also serves as a Director on the board of Crown Protection Security in Nigeria. A Nigerian company that provides both executive, corporate and retail security services.

In 2018, he became a Director in Integrated Building Contractor, an organization involved in civil and building engineering construction in Nigeria. He also serves as the CEO of MADEC Associates, a company involved in export of agricultural commodities.

Since, 2013, he has been a key motivational speaker, mentoring schools and higher educational institutions, as well as government bodies in Europe and Africa. He serves as the Chairman of Farmafrik Global CSR Committee. His robust contributions to Farmafrik Global has been invaluable.